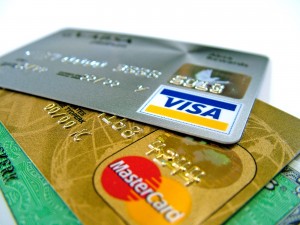 The AuctionMethod platform makes extensive use of credit card functionality. Credit card data is an integral part of the invoicing system, which allows users to pay for their purchases online. It is also used to authenticate users when they register and to qualify bidders.

There is one more feature that relies on users' credit card information: Re-Listing Fees.

Whether you are a traditional auctioneer or an online auction company, you're going to have to deal with default bidders somehow. For many reasons, winning bidders do not always share the auctioneer's commitment to completing a sale. And when winning bidders default on payment, it wreaks havoc on the auction process and can dramatically reduce the outcome of the sale.

In order to enforce contractual obligations, sellers need enough leverage to compel winning bidders to pay for their auction purchases. This can be accomplished by requiring an upfront deposit from bidders before allowing them to participate in the auction. If a bidder doesn't pay, they forfeit the deposit. It's pretty effective, especially if it is a cash deposit. But pre-qualifying bidders by means of cash deposits is unlikely to work well for online auction sellers, whose bidders may be spread all over the world and who prefer the convenience of credit cards. However, if a default bidder disputes a deposit charged to their card, it is likely that the credit card company will side with them and force a reversal of funds. The reason is usually this: The merchant should not be paid if the consumer did not receive goods or services in exchange for their money. Right or wrong, it is unlikely that an appeal of the chargeback will change the outcome.

The answer to this problem lies in actually providing a valuable service to those bidders who default: Item Re-Listing. When a user registers to bid and provides their credit card information, they agree that the seller can charge their card a re-listing fee if they don't pay for their purchases within the specified payment period. To reinforce the point, the re-listing fee is incorporated into the site's user agreement and is explicitly stated in the terms of sale for each individual auction. Once the payment period has ended, it's a simple process (using the AuctionMethod platform, anyway) to post defaulted items to another auction, invoice the default bidders, and charge a re-listing fee to their cards.

If there is one thing that all auction bidders have in common, it's a desire to get a good deal. When problem bidders who fail to pay for their purchases receive a copy of their invoice, with the re-listing fee paid in full, they often come around to understanding the auctioneer's point of view. At that point, most bidders will capitulate and ask to complete their original transaction. Some will resignedly accept the charge and perhaps even breathe a sigh of relief at not having to complete their purchase. Others will go on to dispute the re-listing fee with their credit card company. When they do, the seller can demonstrate not only that the bidder agreed to the terms of sale, but that they were also provided with a valuable service in exchange for their payment. By doing so, the online auctioneer greatly improves their chances of winning the dispute and avoiding a credit card chargeback.

If you have any questions or something to add about this, email me at danielw@auctionmethod.com or hit me up on Twitter @BigBeltBuckle.

AuctionMethod was formed by two brothers from a family of auctioneers. Together, we have more than thirty years experience building and running a successful auction company. With AuctionMethod, we have teamed up again to provide other companies with the technology they need to control their own online auction marketplaces.